when I saw "The Underworld Story" last week I was taken by Gar Moore. altho I knew his name & rememberd stills of him in his early Italian films I wasn't familiar with his story. 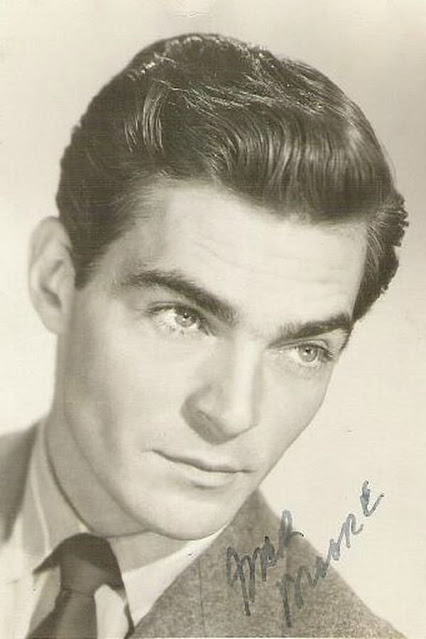 so I did some snooping. I discoverd that after his Hollywood career ended in 1959 he moved to Palm Springs. he appeard as Emile in a local production of "South Pacific" but apparently kept busy writing & painting (altho I've uncoverd none of either) as well as working in architecture & interior design. sometime in the 60s he & John Morris designd a sun deck for the Charles Farrell House at the Racquet Club but it's been demolishd.

apparently Moore had quite the social life. at a 1969 fundraiser for the Chuck Connors Tournament there was a Ziegfeld Follies tribute in which he playd sheik to the harem girl of Toni Holt. (& Nelda Linsk was a chorus girl.)

I found an address on Paseo De Anza for him in an old undated phone book online.

for a time Moore was engaged to Madga Gabor. then in June 1971 the local paper reportd on a party at the new home socialite Margaret Pigott Sinek bought on Stevens. it sd they announced their marriage wd happen later in the month at her home in Winnetka IL. guests at the party included the widows of William Powell & Lew Landers. Sinek -- widow of a prominent Chicago business exec -- was a member of the board of the American Cancer Society & an arts benefactor. she was Moore's 4th wife. he had a heart attack in Palm Springs & died in Loma Linda in 1985.

I also discoverd a letter he wrote late in life from the Winnetka house in which he claims to have been on the Hollywood blacklist without knowing it. not sure how that cd be.

anyway...... he was a handsome man. when I go to estate sales in town I'll have to look out for paintings.