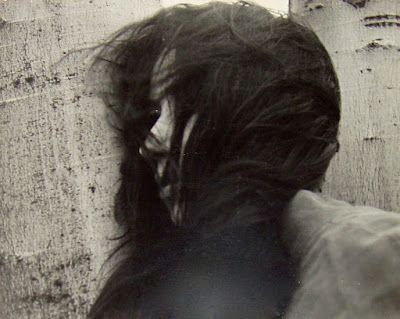 I've just learnd of the death of my dear friend.

the earliest poem I wrote for her was in 1964. a love poem which began "Her black hair flying..." just as it will always be in this portrait by our mutual friend Mike Chikiris.

a half century ago I wrote in The Year Book "7 memories of Cynthia."

she has always been part of my work. & even tho I haven't seen her in over a decade she will always be in my heart.

Posted by Alex Gildzen at 8:24 PM No comments:

I write for myself. but I also publish. which means I hope that someone else reads my work. in a few months it'll be 60 years since I publishd my first poem. & then there have been all the books. I rarely get reviewd & none of my works have been a bestseller. so I don't know if anyone cares if I write or not.

I postd a link to my last blog entry on Facebook. a man from Charleston SC by the name of Jerry Evans left this response:

I discovered this book many years ago. It changed the way I journal. Thank you for this enduring gift.
I was overwhelmd. to receive this is heartwarming. it reminds me of a scene Ingrid Bergman had in "Inn of the Sixth Happiness."

Jen-Ai: I am not attractive in that way.

Jen-Ai: Once in her life, every woman should have that said to her. I thank you for being the one who said it to me. 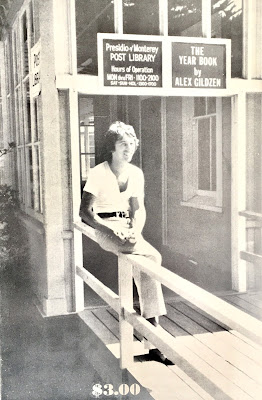 so hard to believe that I startd writing The Year Book 50 years ago. it began in my house in Twin Lakes. the 2 floors were connected by a spiral staircase I named after my favorite novelist at that time. 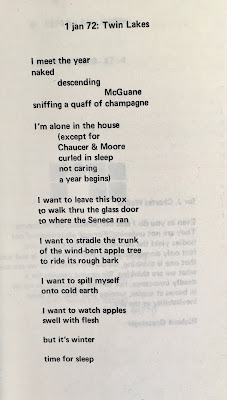 Richard Grossinger publishd the book in 1974. I believe the only review came from Ian Young who calld it "banal." & a colleague in the English Dept told me to my face that it was "a piece of shit." well...... he's dead & the book lives on as a document in gay history. World Cat lists copies in 40 libraries in the US & UK & the Netherlands. several rare book stores have copies for sale.

some day I hope to see the book reprintd with the chapbook that came first -- Dec. '70:Ohio -- & the one that followd  -- Swimming -- under the title The Verse Journals of Alex Gildzen

Posted by Alex Gildzen at 10:08 AM No comments: