the art faculty at Kent State University had its annual show. in a small adjacent space was a modest one-person exhibition. as I recall there were only abt 5 pieces. they were weavings by Lilian Tyrell. she wasn't on the faculty but her husband -- British sculptor Brinsley Tyrrell -- was. 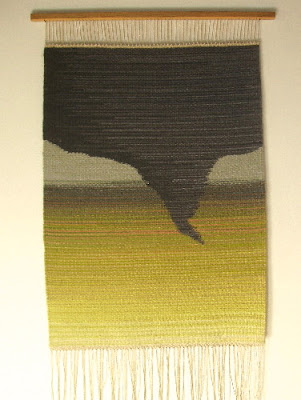 I was taken by a piece calld "Tornado" & bought it for $300. it was not only the single sale from her first show but her first sale ever. I've lived with & loved this piece all these years. I loand it back to Lilian for an exhibition in 1980 & also her retrospective in 2006.

at a lecture abt her work Lilian acknowledged that the piece was a precursor to the work that made her famous -- the Disaster Blankets.

it was easy to love Lilian. she was a sweet woman with an appealing laugh. altho she had strong opinions which she didn't mind sharing she was never mean.

I returnd to Kent in the summer of 2007. a friend had a party for me. Lilian was quite ill but so wantd to see me that she came to the party. as she & Brinsley were leaving I walkd them out. Lilian coillapsed in the drive-way. Brinsley helpd her up as if it were nothing & I tried not to cry as I sd good-bye. I was so honord that she made the effort to see me. she died 4 months later. 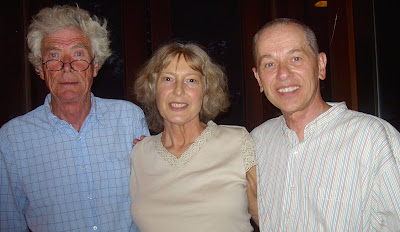 even in death
this man
lifts his bloody hands

Khashoggi's fingers
light the way
to truth
Posted by Alex Gildzen at 1:25 PM No comments:

the "president" is opposed by two thirds of the citizenry & the majority of editorial boards. his ego is tender. he must go to his base for these events at which he spews lies & rants like Hitler.

these events aren't to present policy. they are purely ego massage. I've been told each one costs nearly a half million dollars to put on. if reports are correct some in the crowd are paid.

there is no reason for taxpayers to put up with this. clearly these are political events. they must be paid for by the Republican party. if Congress weren't controlld by that party they cd stop payment. here is another reason to vote blue next month. it's time to halt the madness.
Posted by Alex Gildzen at 6:31 AM No comments:

Posted by Alex Gildzen at 10:19 AM No comments: 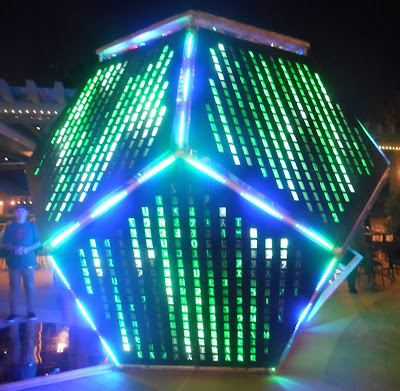 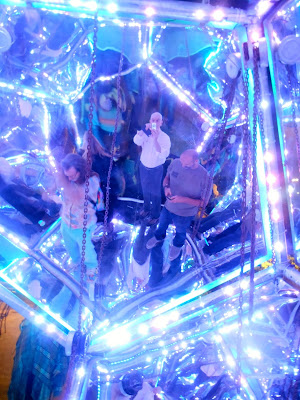