everything old is new again

I just read a Facebook post from someone who was suddenly appalld that he'd spent 5 minutes watching a livestream of someone cutting his hair.

I became known as Poet Laureate of the Cam Boys because of poems I wrote abt them.  here's the first of a sequence calld "Refreshing Pages."

there was an AOL chat room for fans of the cam boys. we'd often alert each other when a particular fave was undressing or whatever.  I met some dandy chaps there -- guys who are still friends. I was even interviewd by filmmaker Ron Pajak in Las Vegas for a documentary which never got made.

so this pandemic has brought us back to a place we were over 20 years ago.  I'm still friends on Facebook with Rex. last I heard & that's been some time Soren was a bartender in San Francisco. I have no idea what's happend to all the other cam boys. wonder if any of them are watching folks livestreaming the ordinary in these extraordinary times.


Posted by Alex Gildzen at 5:37 PM No comments:

abt 5 weeks ago I wrote a poem with this name. I took a photo of myself with the title rose. 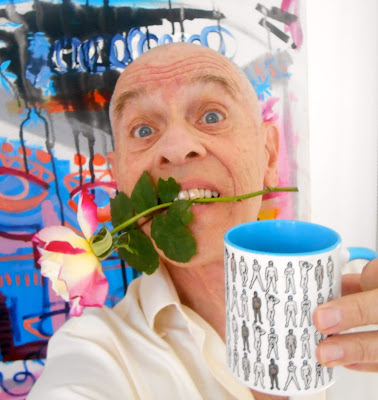 being an archivist I allowd the rose to dry so I cd save the memory. being an artist I decided to use its dried petals for a piece.

I think this is the first time an art piece has the same name as a poem. in a way they're interlockd. what I did was to put one petal each into 20 envelopes. the envelopes were from hotels I'd stayd at in days past. I chose this because most hotels are closed & travel is on hold.

here are the hotels:

I have been in no building but my house for the past 6 weeks. I don't know when I'll return to a post office. so I don't know right now how & to whom I'll distribute these. 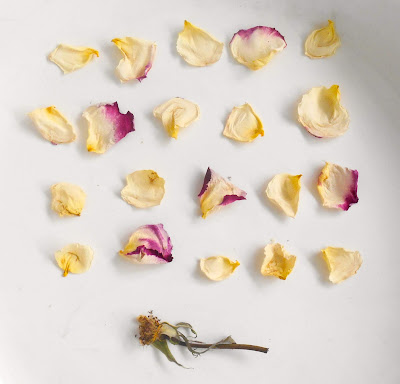 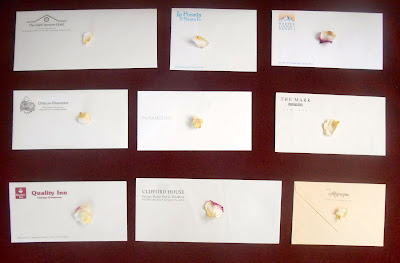 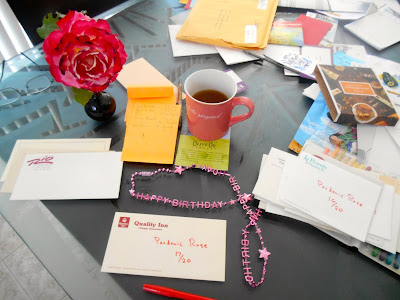 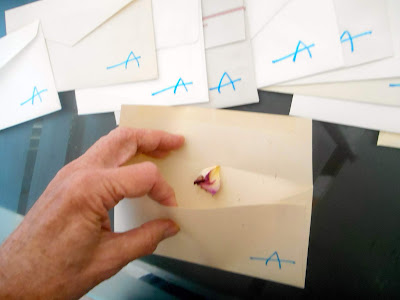 Posted by Alex Gildzen at 1:37 PM No comments:

the Cellar was a black box theater in the basement of the Music & Speech Building on the Kent State campus. as far as I can remember this was where I read my poems before an audience for the first time. I think maybe 1968.

in the more than half century since I've read from one coast (the venerable Bowery Poetry Center) to the other (Fort Mason in San Francisco) with stops in between. the audiences from been of varying sizes but in the long run probably small. I've also read individual poems on You Tube. the first was 13 years ago & has had over a thousand hits.

the last reading I did was one year ago tonite. it was captured on film. since that film has had more than a thousand views it's easily my largest audience for a full reading.
Posted by Alex Gildzen at 1:41 PM No comments:

altho I've been quiet here my life remains vibrant. as glamorous as my life seems to some it's my inner life that has always been the most exciting. & I'm listening more carefully & feeling more deeply as this crisis continues. I'm putting together a book of poems from this period. have a dozen already. yes I miss a great deal that has been canceld but I can't control that.

so after my morning walk I did a bit of writing. then I showerd & put on sexy underwear. I'll make today fun. my best to all who are struggling. to borrow from Bette Davis "I'd kiss ya but I just washd my hair."

"words too are a dance"

I wrote a short poem for the program for the Palm Springs International Dance Festival Gala. & like all other such events it was cancel'd because of the pandemic. however on the day it was supposed to be I postd the poem on Facebook.

this morning after my walk & breakfast on the patio I turnd on the computer. I checkd FB & found this wonderful piece Wallace Colvard did using my little poem.

thank you Wallace. & stay safe. let's have lunch when this is all over. 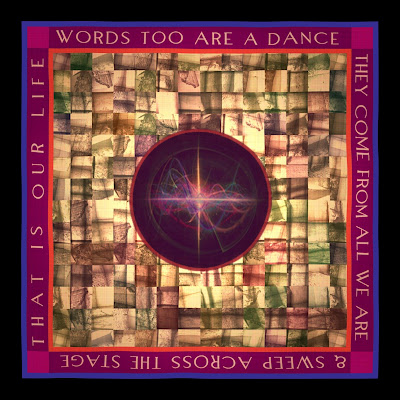 Posted by Alex Gildzen at 7:47 AM No comments:

however this is such weird territory I've been waking a couple times during the nite.
Posted by Alex Gildzen at 8:33 AM No comments: