in 1946 my parents rentd a small house on Lexington Ave in Elyria. that summer Dad made a concrete stoop. my parents put my hand & foot prints in the cement.

if I'd begun reading movie magazines at 3 I was more of a baby cinemaddict than even I imagined. perhaps Mom -- who also loved movies -- had read abt Grauman's Chinese Theater. anyway I was doing the Hollywood thing early on.

it was decades before I was in Santa Fe. again a concrete step was being made for my back door. & my partner at the time & I both put out first initial in the cement with an ampersand in between.

flash forward to now. last week I endured a costly & anxiety-producing underground water leak. part of the repair included jackhammering a hole in the middle of the driveway. this morning the workers returnd to fill in the hole. of course I used that opportunity to graumanize my property.

I suspect Palm Springs will never honor me with a star in the sidewalk downtown. my final hometown will live in my work but this may be my lasting physical imprint. 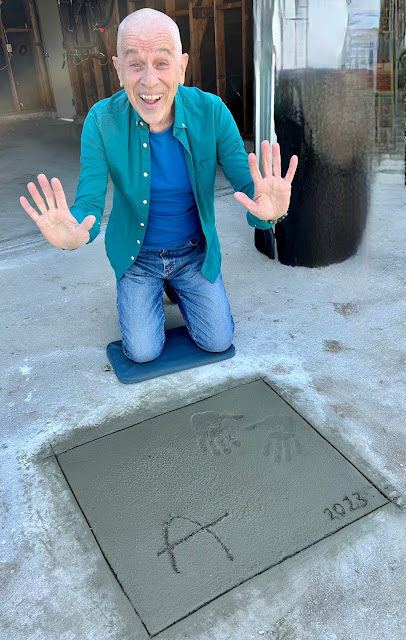 Posted by Alex Gildzen at 1:27 PM No comments: 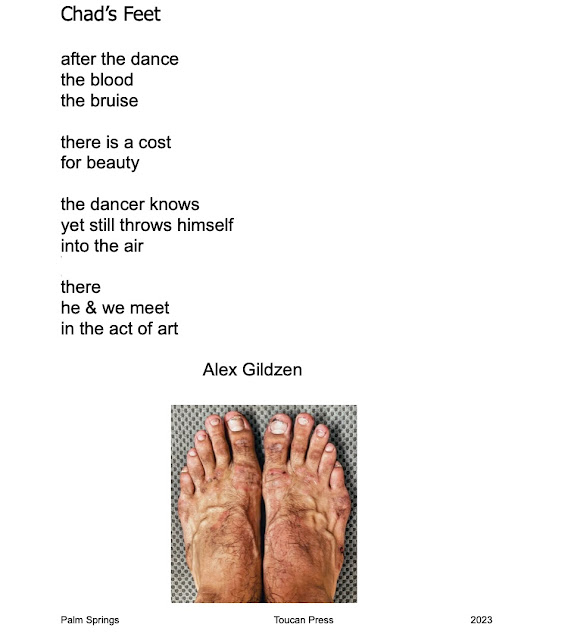 Posted by Alex Gildzen at 9:36 AM No comments:

a dozen days of movies & panels & parties. my kind of thing. I've been going since I moved here & have always enjoyd it but this year's was the best yet.

among the memorable films were "Close" & "Chevalier" & "Driving Madeleine."

& a large thank you to my cousin Regina for the super passes she got which allowd us first entry into screenings as well as numerous extras.

one of the worst parts of aging is the loss of family & friends. 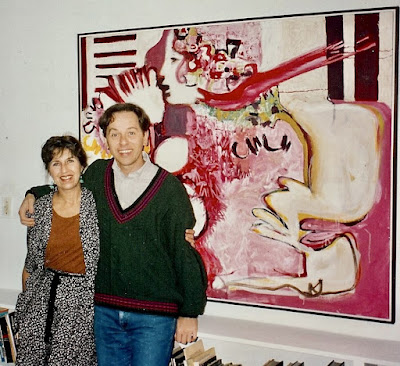 yesterday I learnd that the painter Mary Ann Begland died at the end of the year just over.  I met her 55 years ago at Kent State when we were sparkling with the freshness of youth. she & her then husband hung out with me & my then partner. we  bonded immediately. she became one of my favorite conversationalists. unfortunately she & spouse left for Lubbock at end of summer of 1968 for a year. before she left I bought her large & colorful painting "Isadora" which I've enjoyd in my 5 past residences. today it's the first thing I see when I wake.

over the years we saw each other when we cd. I watchd her as single mother raise 2 wonderful boys who became solid men. & we continued to talk. I no longer remember when I startd to call her on the morning of her birthday but it became a tradition we both cherishd.

Mary Ann was the dedicatee of my '70s list poem "Blues." she wrote for my 1996 piece "my first movie." I publishd her art in 2 magazines I edited -- Toucan & Dress. she had a piece in one of my best-known publications -- Six Poems / Seven Prints. & then one of my favorite memories. in 1976 r.j.s. publishd the third & last of my verse journals -- Swimming. I askd Mary Ann to do a cover. I presumed she's do something that wd be printd. instead she paintd by hand 190 covers. I am forever touchd by her generosity in doing this. 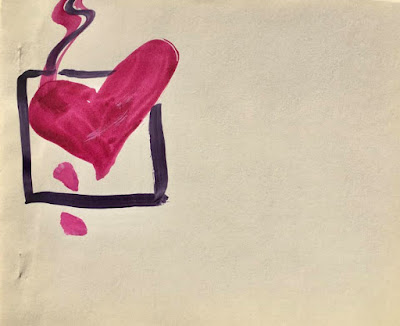 I have so many memories of our long friendship -- from her unique sloppy joes to discussions of the latest celebrity suicide.

last may when our hour-long birthday phone chat ended we did what in recent years we had begun to do -- we told each other "I love you." 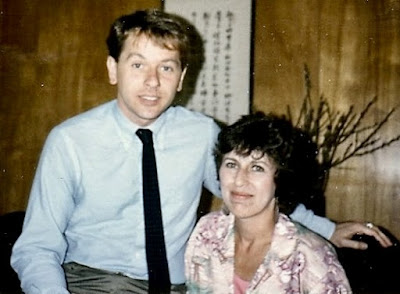 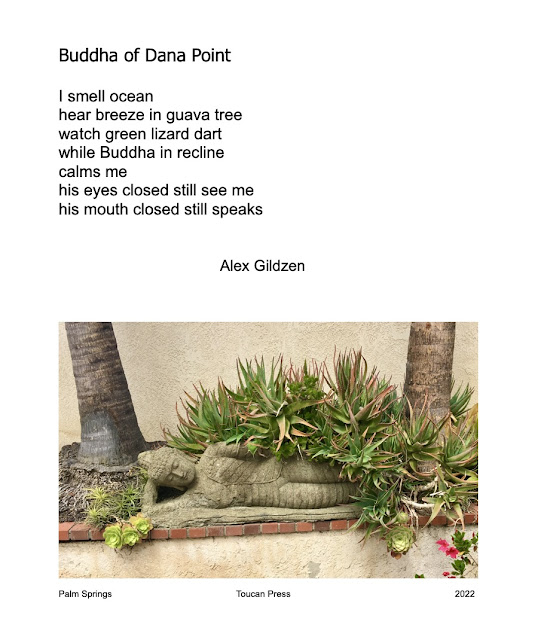 Posted by Alex Gildzen at 5:27 PM No comments: 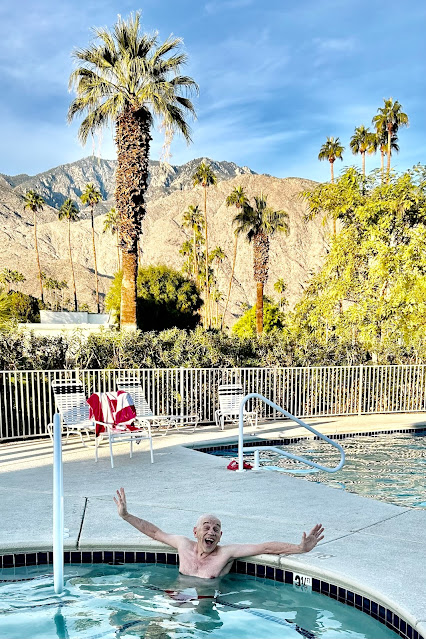 Posted by Alex Gildzen at 9:30 AM No comments:

interviews can be scary to do

but I think this one came out well: