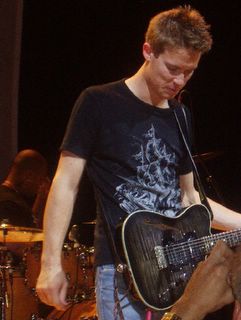 if you've seen Jonny Lang perform live you know his sexuality is as potent as his musicianship. some of his numbers are so hot you expect him to spurt. I don't think I've seen such rawness since Janis Joplin. check out his tour. if he's anywhere near you get tix.

a note on the opening act. this thin kid with great hair comes out alone & sings a song. pleasant but you wonder if he can hold the audience. then his band joins him. Reeve Carney & the Revolving Band are comers. he's only 23. if you're a movie freak you may remember him playing Ethan Hawke as a boy in "Snow Falling on Cedars" some years ago. he's 23 but looks young enuf to give Mark Foley wet dreams. I'd call him sweet. the voice is just getting there. 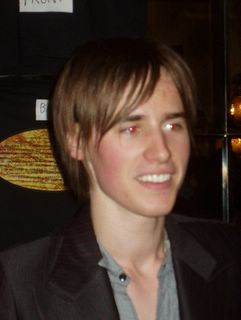 in his band are his sister & brother. younger brother Zane will give him major competition as a musician. what Reeve lacks this early in his career is seasoning. in the show's second half Reeve returns as a member of Lang's band. he's blown off the stage by the other performers. one hopes that this tour will be a stepping stone toward his maturation.
Posted by Alex Gildzen at 8:28 AM