walkd to the college this morning for a festival panel on the state of filmmaking in Russia today. upon arriving I learnd that one of the directors cdn't leave Moscow & the panel was kaput. however there was a replacement: a panel on indepedent filmmaking with one of the best creative teams at work today -- the Polish twins.

I was immediately taken by Mark & Michael when I saw them in their haunting feature debut "Twin Falls Idaho." it was good to find them offscreen to be both articulate & attractive. I learnd they made that initial film for a half million & shot it in 17 days.

during the Q&A someone askd "I have a double question." Michael immediately quippd "that's all right. we're twins." after spending even such a small time with them one presumes that's the sort of quick wit with which they create their work. 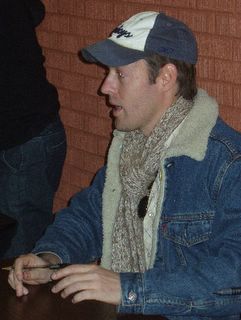 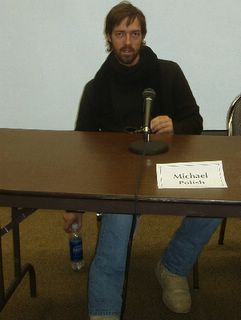