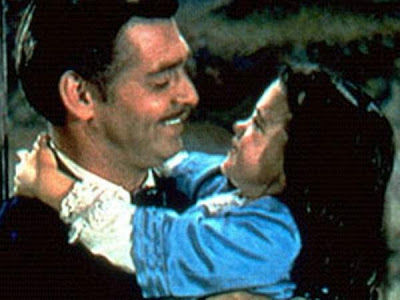 Cammie King died yesterday. as a child she playd Bonnie Blue Butler in the 1939 classic. 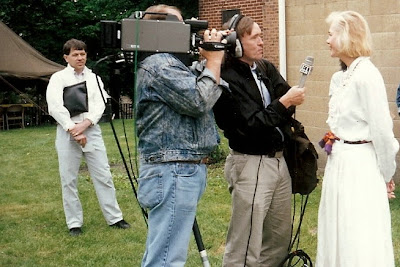 to mark the 50th anniversary of the film some friends & I went to Cadiz -- birthplace of Clark Gable -- to attend a celebration of the movie. several of the cast memebrs were there. in this photo King on the right is being interviewd for a local tv station. that's me on the left. my friends & I spent more time with her cute son Matt who was beginning an acting career of his own.
Posted by Alex Gildzen at 8:08 AM