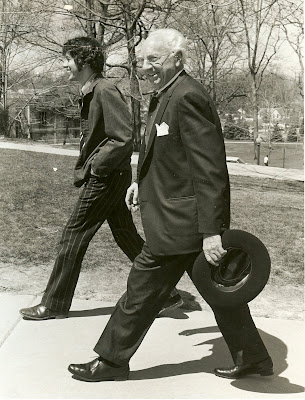 here I am walking on Kent State's front campus in 1971 with the legendary cinematographer. I brought him to campus for a seminar on silent film. we'd just seen a restored print of his "Glorious Betsy" in Richard Myers' film class. 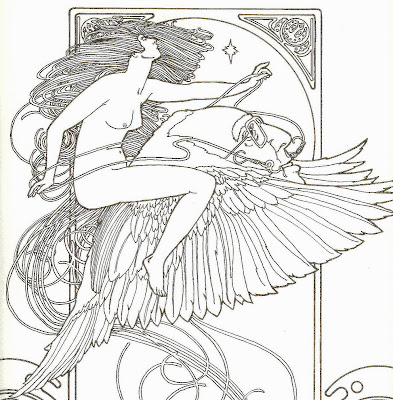 the same year Steve Saylor did a series of broadsides featuring my prose poems calld The Origin of Oregano. here's a detail from one for "In Commemoration of Ira Joel Haber's 1st Flight." the face of the bird is that of Hal Mohr.
Posted by Alex Gildzen at 8:01 AM