hard to believe I've had this album for more than 50 years. 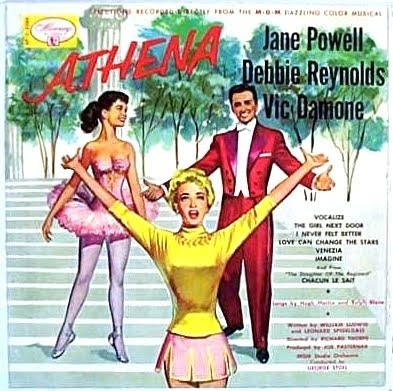 but I hadn't seen the movie in as long. however I was able to find it on DVD & saw it last nite. it's hardly a great film but fun & a cinephile's delight because of the cast.

& of special interest to me because of certain cast members.

Edmund Purdom: he plays an important cameo near the end of my new book.

Howard Wendell: his parents were neighbors of mine when I was a boy. see last year's chapbook Elyria.

Bess Flowers: co-star of my recent chapbook Percy & Bess. "the queen of the dress extras" plays Wendell's wife & actually has lines in this film.

Linda Christian: I had a short but spiritd chat with her at a film event some years ago.

Virginia Gibson: co-star of one of the most important tv shows of my boyhood "So This is Hollywood."